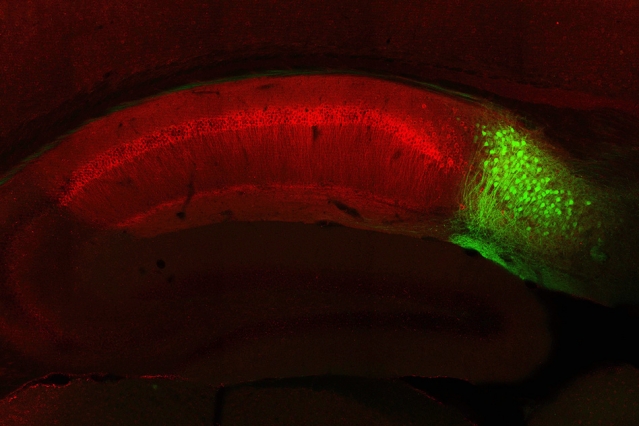 Memory is fun to think about.
A new study from MIT that came out today shows that when we recall a memory our brain first makes a detour inside the hippocampus.
This shows that storage and retrieval systems inside the brain are separated.
There are two reasons for this proposed by the researchers.
That the subiculum-containing detour loop is dedicated to meet the requirements associated with recall such as rapid memory updating and retrieval-driven instinctive fear responses.
In more plain language, to update memories when we remember them, and secondly to change the overall brain state based on the content of the memory.
The second paper linked is also incredibly interesting. It is a paper that came out a few months ago that shows that memory formation is actually made in two different places, in the hippocampus and in long-term storage locations within the brains neocortex.
Over the next two weeks, the silent memory cells in the prefrontal cortex gradually matured, as reflected by changes in their anatomy and physiological activity, until the cells became necessary for the animals to naturally recall the event. By the end of the same period, the hippocampal engram cells became silent and were no longer needed for natural recall.
In the basolateral amygdala, once memories were formed, the engram cells remained unchanged throughout the course of the experiment. Those cells, which are necessary to evoke the emotions linked with particular memories, communicate with engram cells in both the hippocampus and the prefrontal cortex.
I would speculate that the fact that memories are formed within the neocortex simultaneously as storage within the hippocampus is proof that we have a strong ability to influence memory formation consciously since the neocortex is the most advanced brain region which is linked to conscious awareness.
At the same time the hippocampal retrieval system shows that there is a secondary pathway for memory retrieval that is more unconscious that is specially related to emotion.
Meaning, we have the ability to control memory formation fairly well but we are at the brains mercy when it comes to recall.
Once a memory is stored it is retrieved through emotion or conscious thought.
I think this makes intuitive sense. I experience something and can over time strengthen or weaken that memory through recall. However once the memory is formed it is more complicated to remove it especially the emotional part of the memory that is stored within the engram cells of the hippocampus.
http://news.mit.edu/2017/neuroscientists-discover-brain-circuit-retrieving-memories-0817
http://news.mit.edu/2017/neuroscientists-identify-brain-circuit-necessary-memory-formation-0406